How to Overcome a Bad Habit 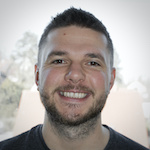 At least 40% of the things we do in our daily lives are habits. We don’t control them consciously. We just do what we are used to do. From an evolutionary perspective this is a valuable strategy. We have to spend less time on thinking and making decisions and can instead run away from a dangerous animal instantly. Today, we still have useful habits, like looking for cars before crossing a street. Many of our habits, however, are not necessary at all, some of them are even unhealthy.

In this article I want to tell you about my coffee addiction and how I overcame it. For so many years I could not resist this hot drink. I had at least three coffees every day. When I didn’t get my coffee I became literally useless and sometimes angry. The headache would start and my craving for coffee would make me go crazy.

Fighting a habit can only work if you have a clear idea why you want to fight it. For me it was the realization that coffee was not good for my stomach. When I was younger I didn’t have a problem with it but today there seem to be some weird things going on in my stomach after I had a cup of coffee.

When I first wanted to get rid of my coffee addiction I thought that all I need is will power. I was so wrong. Whenever I was in the office, sitting at my desk for a while, it didn’t take long until the craving came up. I needed a coffee and even if my plan was to ignore it, I always found a good reason to make an exception.

The first thing I had to do was to identify the triggers. What triggered me to have a coffee? I quickly realized that I always got myself a coffee when I was sitting in front of my computer for too long. It made me tired and this feeling of tiredness triggered my habit to go to the coffee machine.

Whenever I am triggered there is a craving inside me that starts to grow and quickly becomes very dominating. It’s important to identify that craving. What is it really that I craved? Was it the taste of coffee? No, not really. The coffee at our coffee machine is okay but there are other things which are much tastier. Was it the warmth that a cup of coffee spent? No, otherwise I wouldn’t drink it in the hot summer. What I was really craving was the energized feeling that I got out of the coffee.

When I am triggered the craving comes inevitably. It’s almost impossible to suppress it. Like the trigger, I also have to accept the craving. But what can I do to fight the habit? There is one more variable…

The action is the part of the habit that can actually be controlled. In my case, the action was to stand up, go to the coffee machine and have a coffee. It was initiated by the trigger and driven by the craving. If I wanted to get rid of it I had to replace it with something else. So the question was, “What else can I do to satisfy the craving?”

I found out that standing up and walking to the coffee machine already helped to energize my mind. I replaced the coffee with a glas of water which also boosted my energy. And I also started walking around for a couple more minutes just to get my body stimulated. After such a 5 minutes break I have the same energy level as with a cup of coffee.

How to Make It Easier

To make the change to the new action easier it would be helpful to make the old action impossible. An idea would be to remove the coffee machine from the kitchen. While this would have helped me, my colleagues would not have been very happy about this idea.

But there are other things you can do to support your mission. I told everybody about my plan to not drink coffee anymore. When I was just about to fall into my old habit and take the coffee instead of the water, I didn’t want to look weak in front of my colleagues so I changed my mind and took the water.

The first days were very hard for me. I had headache and went crazy because of the physical absence of caffeine. However, I knew why I wanted to do it and I had a clear action plan. Whenever the craving was triggered I started my alternative action. After a couple of weeks it became easy. Today, I only drink coffee from time to time, but not because I need it. I only drink it in relaxed moments when I can enjoy the atmosphere.

Habits always work in the same way. There is a trigger, a craving and an action. Accept the trigger, accept the craving! All you have to do is replacing the action with something else that satisfies the same craving. Many of my friends have used this strategy to overcome habits like smoking, drinking and watching series on Netflix. Have you also managed to take control over your habits? I would love to hear your stories!

How One Word Changed My Life

First Anniversary of the Team Coder